In this painting I wanted to actually capture the moment, movement and the historic NY Yankees impact as he breaks Roger Maris record he set in 1961. The blue highlight represents Roger Maris spirit shining his light down on Aaron Judge… that spiritual moment 62nd home run was hit.
The background is intentionally black and white capturing that 1961 New York Yankees old school vibe with the stadium split in half. The right side is the traditional Yankees architect and the left side is the Texas Rangers Stadium with three banners displayed – 60 for Babe Ruth, 61 for Roger Maris, 62 for Aaron Judge and the Yankees side has two banners All Rise and MVP.
Follow on Instagram @edgarjbrown and TikTok @edgarjbrown
https://www.edgarbrown.com/wp-content/uploads/Yankees-Aaron-Judge-62-C.jpg 1333 2000 admin https://www.edgarbrown.com/wp-content/uploads/2014/03/EJB-logo-larger.png admin2022-11-20 02:33:212022-11-20 02:38:28New Painting of Aaron Judge Titled 62 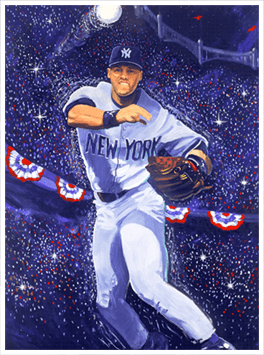 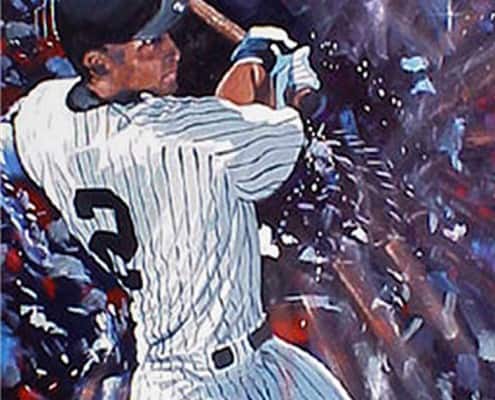