Edgar J. Brown is one of the most sought-after sports artists in the world.

For more than a decade Edgar Brown has been at the forefront of sports art in America. He has redefined sports art with his natural ability to capture the movement, power, and technique of some of our greatest athletes. Inspired by his family and his love for sports, he has succeeded in producing some of the most powerful sports paintings in the world.

Edgar’s work is a reflection of his love, his passion and his life. Born in the Bronx, he grew up a New York sports fan. He would often go with his father to Yankee stadium to see the New York Yankees and the New York Giants play, and when the Giants were on television, everyone in the house wore the team jersey, including the dogs. A year after the New York Giants moved to East Rutherford, New Jersey his family moved to Bergen County, New Jersey.

Edgar’s love for art started when he was very young. He was constantly drawing Marvel comic book heroes and portraits. In High School he joined the football team and played middle linebacker and offensive guard for four years. After graduating High School in 1982 he started raising his family.

It wasn’t until 1990 that Edgar’s life changed and an awakening of the spirit drove him to begin painting again and to pursue a career in art. He started painting the New York Giants football players and since that time has been commissioned by more than 80 members of the team. His powerful portraits grace the walls of some of today’s most talented athletes, including Lawrence Taylor, Mark Bavaro, Ottis Anderson, Phillipi Sparks, Tiki Barber & Michael Strahan, just to name a few.

His figurative paintings are known for capturing the athlete’s technique in motion. This ability can only be executed by someone who has not only studied the human form but has immersed himself in the proper execution of technique. Edgar attributes his success in this arena to many years of studying Martial Arts under Grand Master Bob Long and Sensei Brian Long. In addition to his personal athletic achievements, Edgar’s children have all influenced his art direction by their involvement in martial arts and their years of participation in wrestling at the high school and college level. Many of Edgar’s new works of art focus on the beautiful and powerful sport of wrestling. It is the experience of participating and watching athletes on all levels strive and achieve more than they ever imagined that truly influences his art.

Athletes and collectors have commissioned Edgar Brown to capture their portraits on canvas. From a professional athlete walking as tall as a giant through Times Square to a CEO playing pool in his office, Edgar continues to expand the appreciation of sports and art, all while giving his viewers a front row seat. If you are interested in investing in an original painting or a limited edition fine art print please contact us today at sportsart@edgarbrown.com.

Edgar’s sports art paintings and limited edition prints are available in the NFLShop.com, Giants.com, DeaconJones.com and hang in some of the most prominent art museums, sports facilities and art galleries across the country. 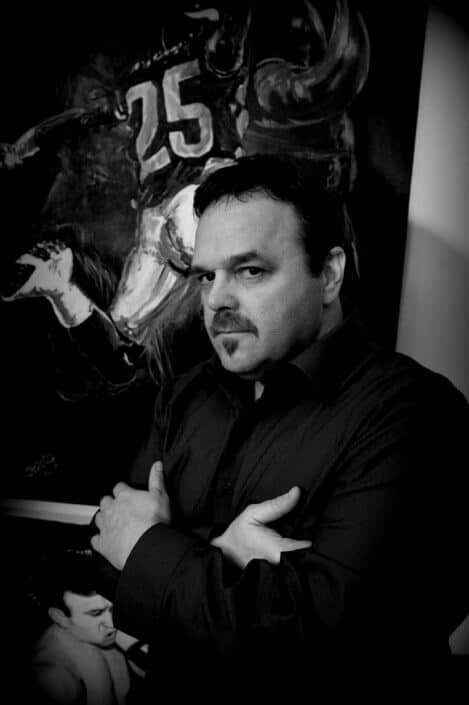 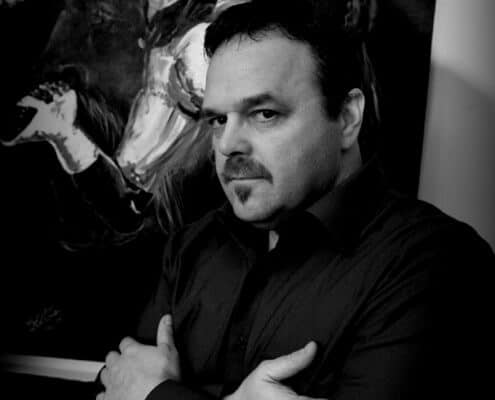 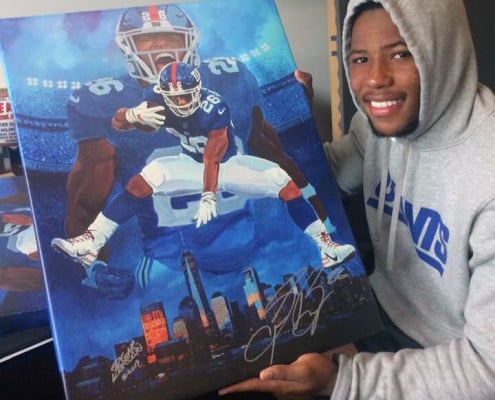 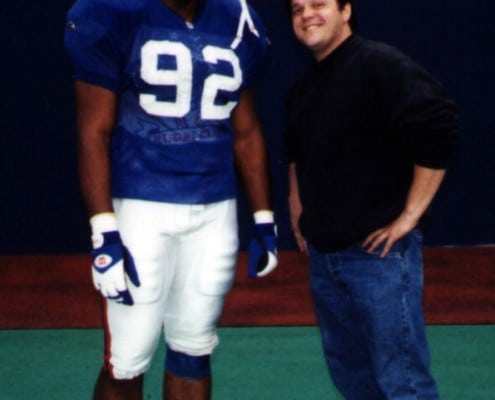 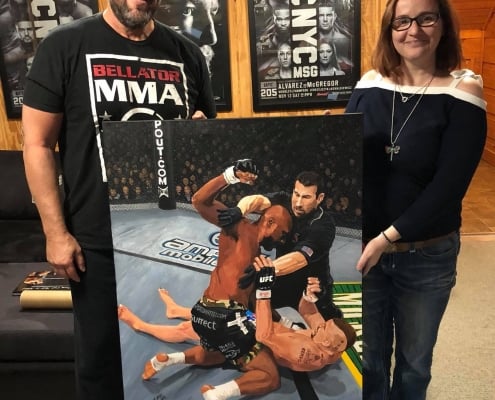 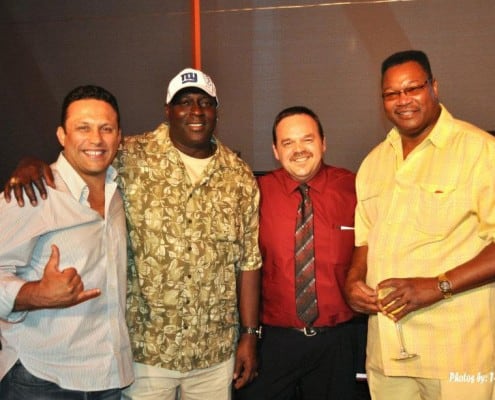 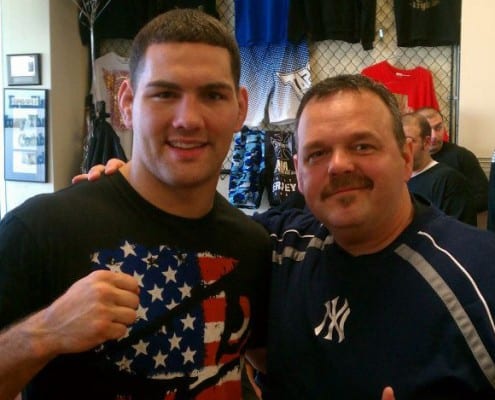 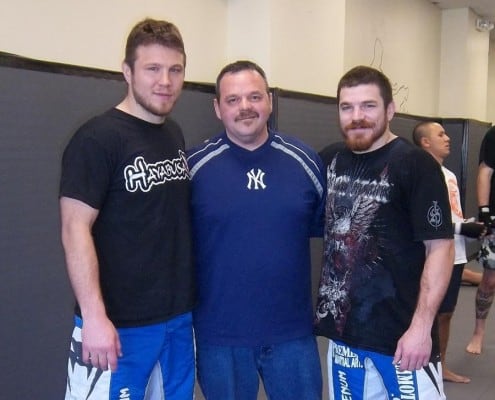 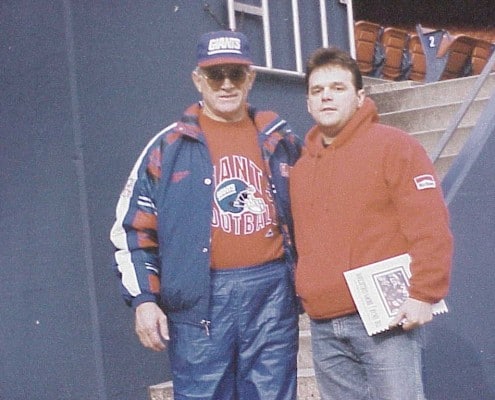 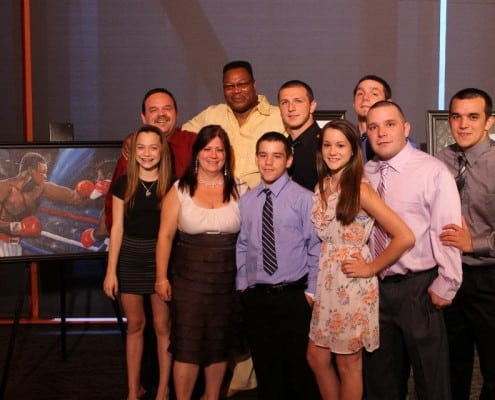 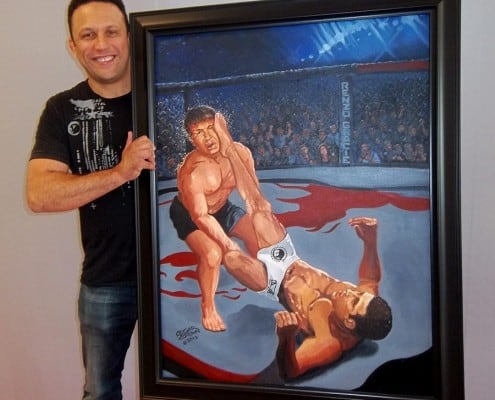 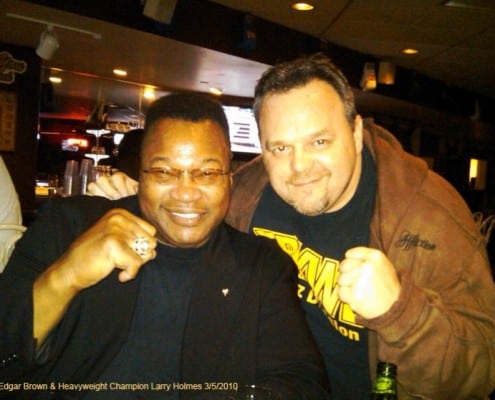 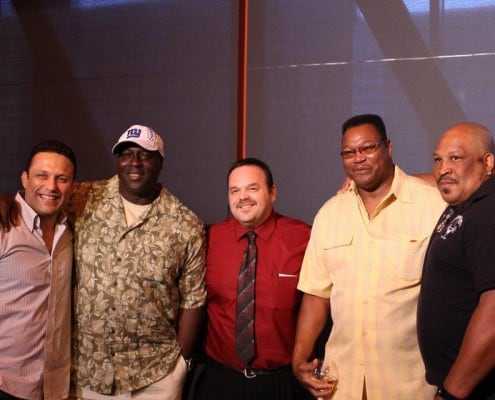 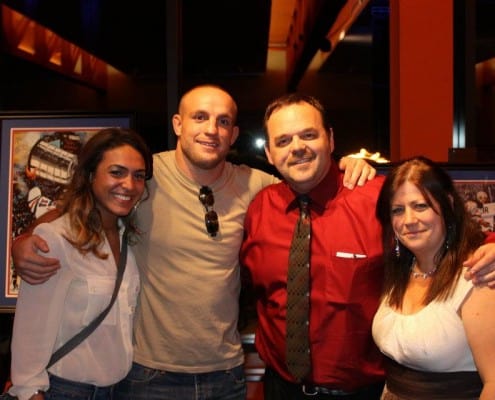 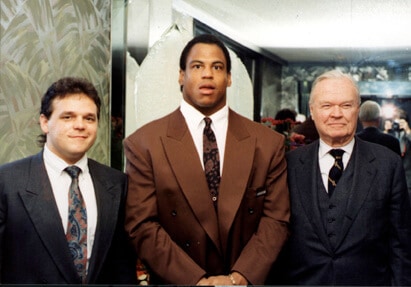 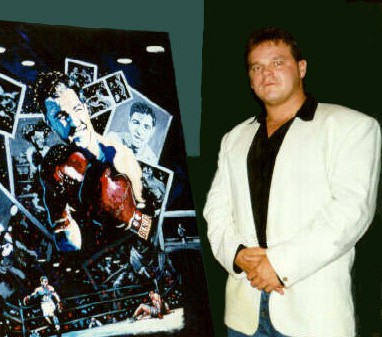 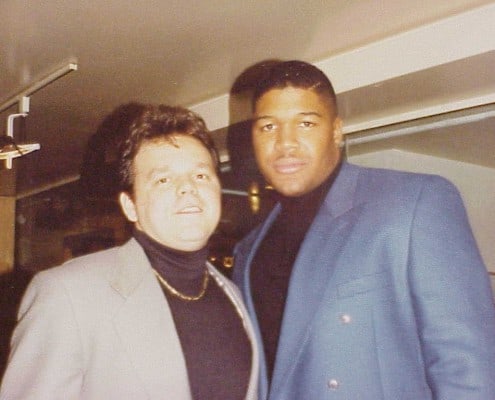 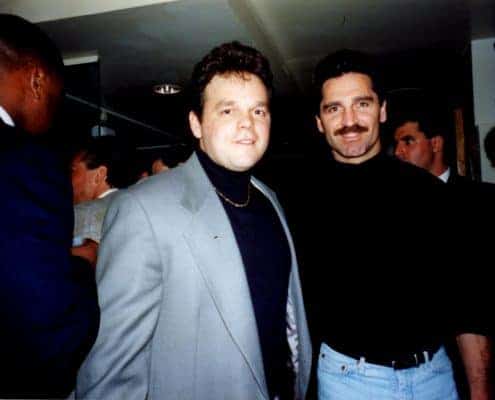 “Edgar is an amazing talent with a unique style unlike anyone else. Commissioned three original works of art from him over the years.”

“Edgar’s ‘Couture-Sylvia’ painting resonates one of the greatest moments in MMA history in all its beautiful form.”

“Action, Intensity, Beauty…Impossible to see better painting when it’s done by his magical hands….I am a huge Fan.”

“Edgar Brown’s artwork is explosive, his pieces of me are off the charts.”

“Edgar did a wonderful painting capture of “The Hit” which was undoubtedly the best single play of my nine-year NFL career. His vibrant artwork captured the snowy 1989 Denver game scenery beautifully which was based from an original Jery Pinkus’ game action photo. I’ve since seen several additional art pieces that Edgar has created and he continues to impress with his genuine talent.”

“Edgar’s paintings are masterful. They capture the essence of true sports competition and athleticism in every brush stroke. His interpretation of athletic competition is inspirational.”